This topic has been deleted. Only users with topic management privileges can see it.
last edited by
0
L
LPNAnalysis

I then set up a EM - EM FDTD simulation with the wire mesh as the source. I import my file, with a user defined bandwith of 64 MHz and amplitude of 1V, and then attempt to view the source signal. This is where Sim4life appears to have difficulties. It does not import the whole file.

This is the signal I get shown: 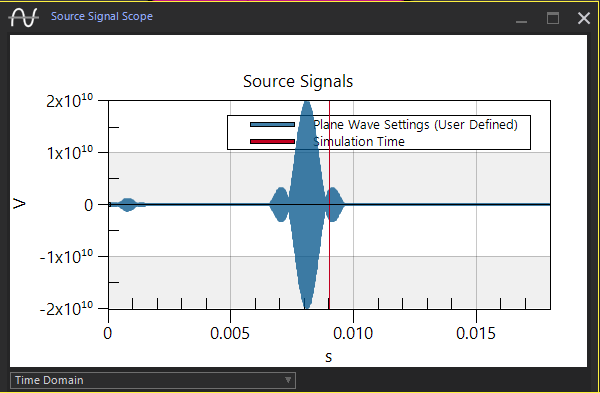 And if I change the axis I get: 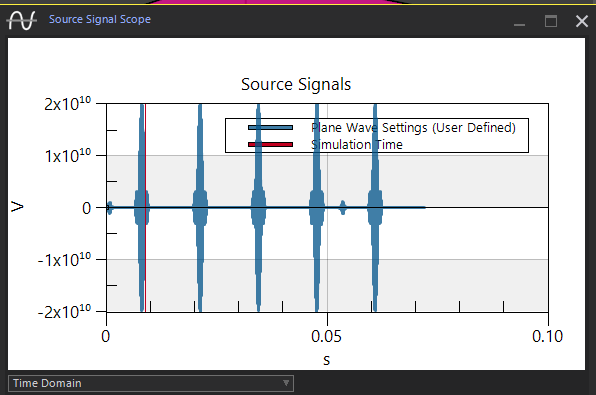 However, the whole file actually contains four repeats of the sequence seen in the second figure (one small four large pulses), which Sim4life does not seem to pick up on. It cuts it off after the second repeat starts. Does anyone have any ideas as to why this may be?